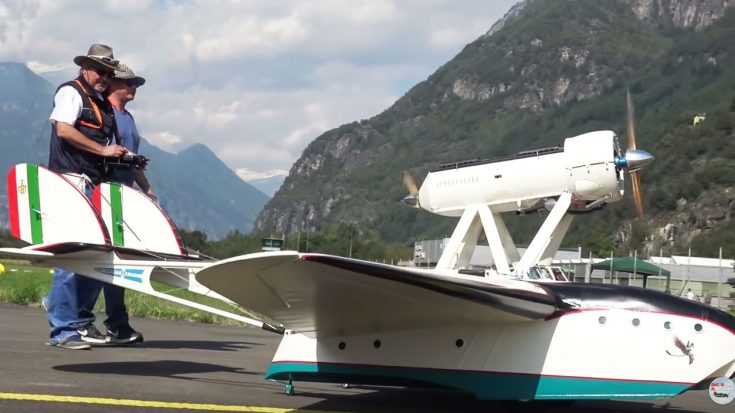 The beauty of being into remote-controlled planes is the fact that, if you’re skilled enough, you can bring back to life any aircraft you want. Since many rare and low produced models were all shot down during World War II, pictures, books and RCs are the only things keeping their existence alive.

One such aircraft is the Savoia-Marchetti S.55, an Italian flying boat.

This double-hulled flying wonder had its debut in 1924 and served up until the Second World War ended in 1945. Despite its unconventional appearance, there were over 240 of these aircraft produced because they were quite functional.

In their heyday, S55s set records for speed, payload, altitude, and range partially because their contra-rotating props were placed in the front and back of a centrally located beam. With a top speed of 127 mph and a max range of 1,400 mi, this aircraft was quite a feat of engineering at that time.

To pay homage to this rare bird (of which there is only one static example in the world,) some folks in Germany made a beautiful model of this aircraft and let it go wild at an airmeet.

Here are some of those specs of this Rc:

As a bonus fact, these flying boats which were originally built for transport were converted to long-range bombers and patrol aircraft during World War II.