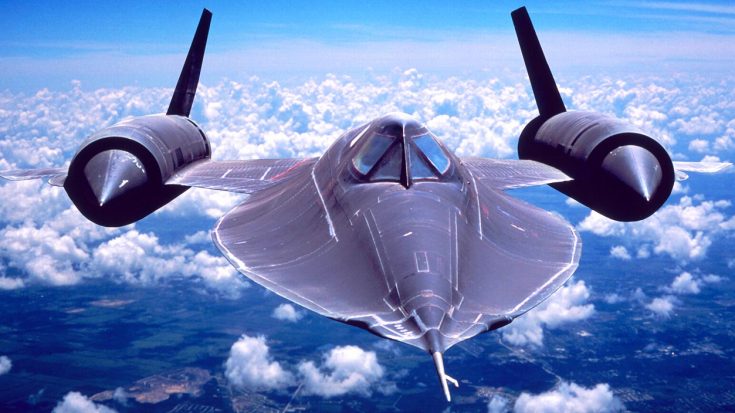 With speeds reaching 2,200 miles per hour the Lockheed Sr-71 Blackbird is the world’s fastest aircraft. Designed by aviation guru Clarence “Kelly” Johnson the Blackbird served the US Air Force from 1964 until 1998.

It was a rare jet with only with only 32 units built to serve the air force. Its primary role was long-range strategic reconnaissance aircraft which employed early stealth technology and low weight materials to maximize speed.

“The airframe of the SR-71 is very unique. To withstand the friction-generated heat at Mach 3+, over 90 percent of the airframe is made of titanium composite. Also to withstand heat, the main gear tires have been impregnated with aluminum and are filled with nitrogen.”

The Blackbird did not have any onboard weaponry, it relied on speed to evade enemy attacks. In 1981 North Korea began to expand its military and the United States sent an SR-71 on a reconnaissance mission to investigate.

During its mission, the Blackbird’s speed and stealth were unable to avoid detection from North Korean radar and soon found itself the victim of a missile attack. The Joint Forces Channel has prepared a clip on the North Korean attack on the Blackbird seen here.