Why Were German Tanks Covered In Thick Paste? 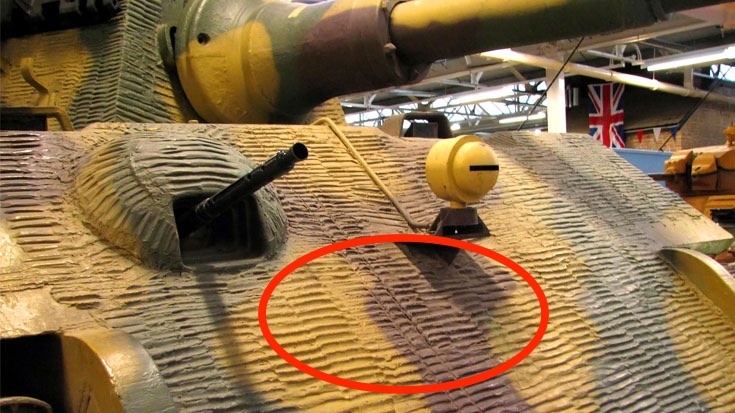 In the early stages of WWII, there was no doubt about Germany’s dominance in tank warfare across Europe. Tanks were a great strength for Germany, but they knew that it could also become a great weakness. To maintain a strategic advantage Germany used a bizarre method of covering their tanks in a thick paste.

The German military developed a magnetic mine called the Hafthohlladung, which soldiers could attach to enemy tanks. They knew it wouldn’t be too long before the Allies caught on to the idea and developed a version of their own. Their counter to magnetic tank mines was a thick paste called Zimmerit.

Zimmerit was applied to the surface of heavy vehicles in factories and carved with rakes to create a camouflage pattern. The substance was effective in preventing magnetism against German tanks. However, the downside of using Zimmerit was that it added extra days to construction tanks at a time when Germany needed all the help they could get.

In the end, Zimmerit did not contribute much to the tanks because enemy nations never caught on to the use of magnetic mines. Military leaders discontinued the application of Zimmerit after 1944 for fear of it catching fire. Simple History gives a brief look at these paste covered tanks in this video.