“Wolf In Sheep’s Clothing”: The Heinkel He 111-Tour And Flight Demo 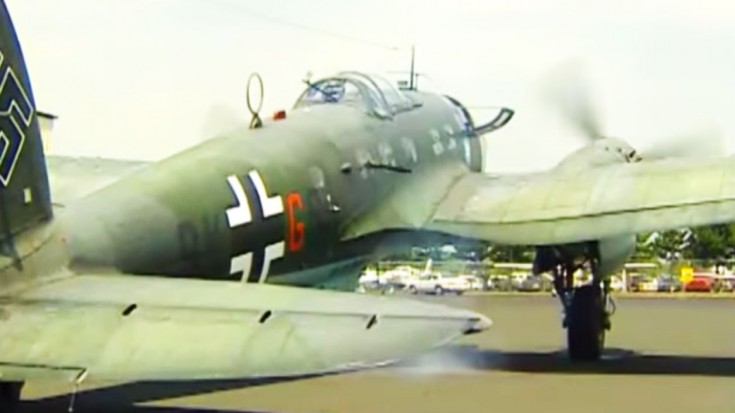 The Heinkel He 111 was a German bomber aircraft deigned in the early 1930s and first tested in 1935. There were over 6,000 He 111s produced for mixed use, including military and civilian purposes. This bomber was highly recognizable during the war, as it had a very distinctive ‘greenhouse’ nose in later production models. The Luftwaffe used the He 111 throughout the war, especially in the European theater, despite their vast shortcomings. Slow, not very maneuverable and weak defensively, the Germans used these bombers as they really had no better option.

The He 111s were sometimes referred to as ‘wolves in sheep’s clothing’ because some of them were painted to look like cargo planes although their mission was to bomb enemy targets.

The Heinkel He 111 in this clip is the Spanish built version, and at the time of filming was the only airworthy He 111 in the world. Sadly, it went down on its way to an airshow in 2003 due to engine failure. Currently, there are only 4 original German built He 111s on display at various museums around the world.