At Christmas, A German Fighter Escorted An Injured B-17 To Safety-Here, They Meet Again 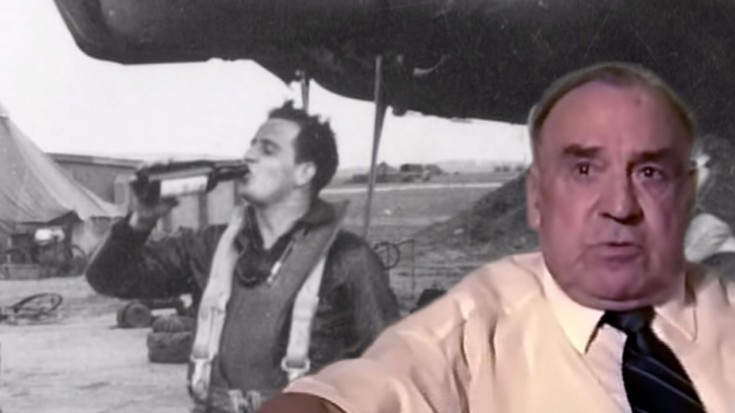 During The Horrors Of The Great War, Stories Like These Were Few.

Lieutenant Charlie Brown was a B-17 bomber pilot during World War II and right before Christmas of 1943, found himself in a bad spot. His bomber and crew were in shambles after a mission, the plane itself barley staying together. Unable to do anything but keep flying, Lt. Brown saw that a Messerschmitt Bf 109 was right on him with not a thing he could do about it.

“There parked on my right side is a Bf 109, that little sucker looked like he owned me and belonged there. I sort of closed my eyes like you would in a nightmare, but when I opened them he was still there.”-Charlie Brown, WWII Pilot

Lieutenant Franz Stingler, a German fighter ace, was on a mission to shoot down any and all Allied bombers. Seeing that Brown’s plane was not a threat anymore however, he decided to escort him to safety.

During the interview, he said that it would be like shooting a man in a parachute after he bailed out and it was something he just couldn’t do.  This honorable act was not an easy one to make, however, as Stingler risked both being somehow attacked by the B-17 as he flew up to offer assistance, and also retaliation from his own government if anyone saw him doing so.

The end of this story is a 40-year friendship that developed between the two pilots after the war and as you’ll see in this video, these men really care for one another.