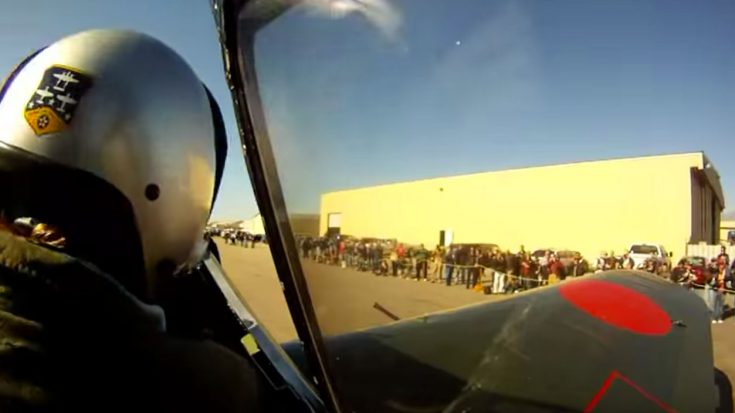 It was once one of the most common planes using during WWII, but now the A6M Zero is a relic. Over 10,000 of these fighters once fought a savage battle and lost against the Allied Forces. Now there are only a handful of Zeros left and only one original model is still able to fly and it is beautiful.

Designed by engineer Jiro Horikoshi the Mitsubishi A6M Zero was a very innovative fighter. Horikoshi believed the key to winning a dogfight was a strong turning radius, paired with incredible speed. After years of trial and error, they made a breakthrough with the A6M Zero. Their high speeds and sharp turning radius made them nearly untouchable until Allied fighter technology caught up. From that point on the majority of Zero fighters were sent on suicide missions to dive bomb American warships.

There are a few replica Zeros that are able to fly, but the Planes of Fame Museum and Chino, California has the only authentic one. You wouldn’t think that such huge crowds would gather to see the world’s only flying Zero. But it defies the odds, takes to the air and the crowds love it. In this clip, you a get full view of all the action from the only original A6M Zero left on earth that can still fly.