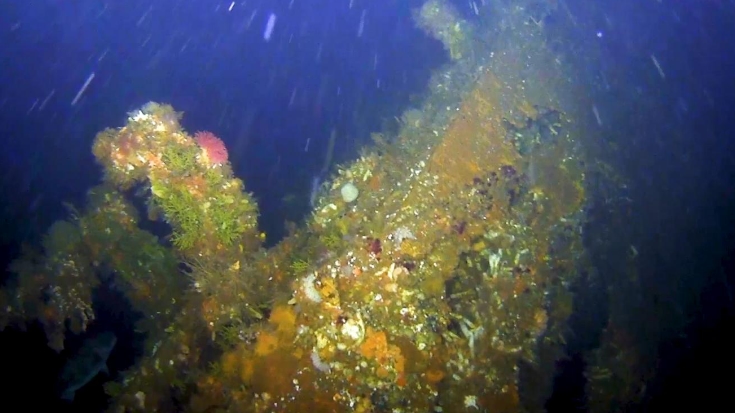 Nearly 75 years ago Imperial Japan launched their only attack on the North American continent now known as the Battle of Attu. There the Fletcher-class destroyer USS Abner Read suffered a brutal attack resulting in its stern blown off and 71 men died in the freezing waters. Now a team of researchers has discovered the sunken wreckage from the USS Abner Read and the last survivor of that battle has some words to say about it.

USS Abner Read actually managed to survive the attack, patching up its hull to prevent sinking and limped back for repairs. After receiving a new stern, the Fletcher-class destroyer went back into action in the Pacific Theater but would ultimately meet its fate against a kamikaze attack on November 1st, 1944.

Project Recover launched an expedition to find the lost stern and discovered it about 300 feet down off the coast of Alaska. A wreath was laid at the site as a tribute to the 71 sailors who lost their lives in the brutal attack. There are no plans to raise or enter the stern as it is now considered war grave.

“We take the protection of these wrecks seriously because we believe that they are war graves.”

Daryl Weathers was a sailor who survived the disaster and he bears witness to the expedition in this clip.