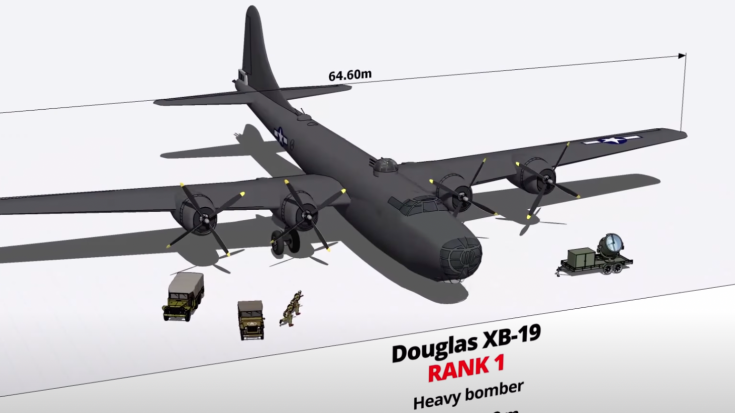 The sizes of some of these planes compared to each other can be surprising.

What is not surprising, is the existence of heavy bombers at the top of the list. Though some could argue the top 2 shouldn’t really be on the list. Still, the Superfortress, Halifax, Liberator, and Flying Fortress are all amazing bombers in their own right.

Their sizes were only bested by the Northrop YB-35, an experimental strategic bomber that flew in June of 1946 and was later canceled 3 years later.

Taking the top spot would be the Douglas XB-19. Only one XB-19 was ever built due to how expensive it was. In fact, it took three years for the plane to perform its first flight. It was later scraped in 1949 after it wasn’t modified in time to be a cargo plane.