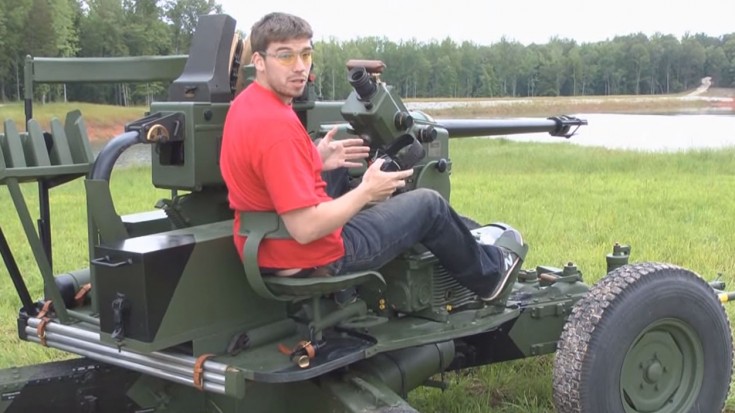 The Largest Gun You Can Legally Own?

The 40mm Bofors may be the largest gun you can legally own, that is operational. Obviously, it’s going to be the strongest, most powerful machine gun that a civilian can own. Isn’t that crazy? This Austrian WWII era gun can fire a 4lb projectile at 2,800 ft/s, was used as a “multi-purpose” auto cannon (yes, it can go full-auto), and has even been used as recent as the Gulf War.

There are 2 methods of operation: manual & toggle-switch. When you turn that baby on, it’s LOUD! And it can

Here we have gun aficionado and Youtube sensation FPSRussia demonstrating the capabilities of this badass weapon system. If you don’t know who this guy is, you should check out his channel where he plays with all kinds of incredible firearms and he really knows his stuff! P.S. Make sure you watch the entire video, because at the end he blows up a mannequin at point-blank range.