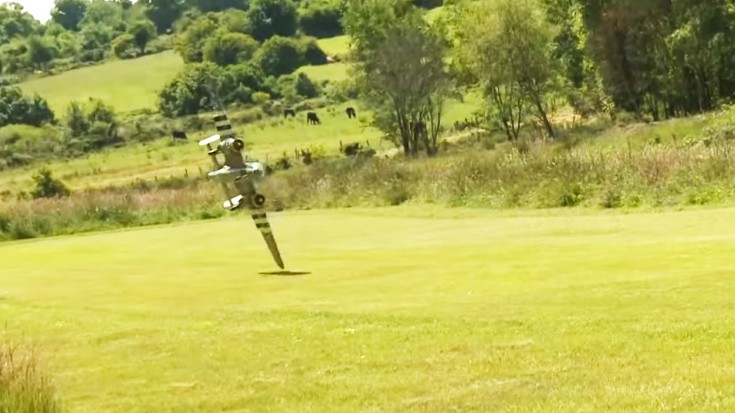 What Goes Up Must Come Down One Way Or Another.

This video is brought to you by ScaleJetFred, a Youtube channel created by guys from Ireland who love their huge boy toys. By that we mean they build and fly their own Rc planes and more specifically, our favorite World War II era aircraft.

Going through their channel, we also saw that they have an awesome large scale P-47 Thunderbolt. That one is alive and well, however, the B-25 in this video did not survive the length of this video. Accidents happen, but we’re going to add that this was the maiden flight as well. That hurts even more!

The B-25 Mitchell was built by North American Aviation and was introduced in 1941.

It is awesome that this guy chose to build the B-25 though. This famous plane known to everyone for taking part in the Doolittle Raid is quite a mean machine. Classified as a medium bomber, almost 10,000 of them rolled out of the assembly line and served in many roles.