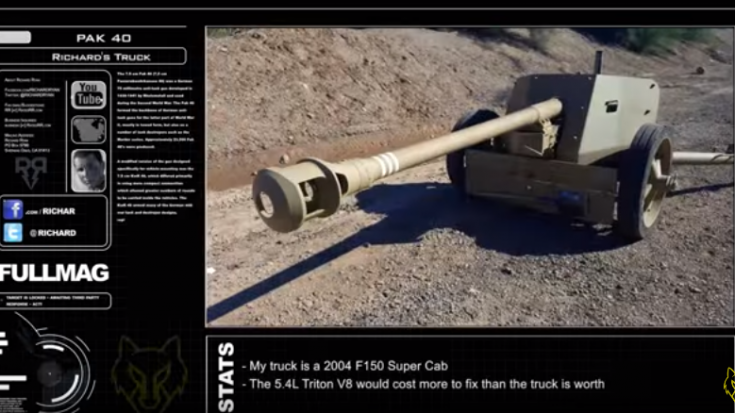 Warning: Lower The Volume Of Your Headphones

Can’t help but wonder what the mechanic would think if they brought this to him for repair. I actually feel bad for the truck. Well, to be fair, it was fun and exciting to watch but dang, it’s still quite a waste. Anyway, there wasn’t a lot of destruction but still, if I were there, I definitely wouldn’t be standing that close after the ‘explosion’. It’s just too much of a risk. You’ll never know if some part would ignite and explode again.

Somehow, I was expecting it would go through the entire truck OR destroy the vehicle which some pieces all over the ground. But still, RIP to the truck that didn’t know what hit it. Nevertheless, the Pak 40 is still powerful which is why it was Germany’s most deployed anti-tank gun for the second half of World War 2. It was effective against tanks of the Allied Forces and it was way heavier than the Pak 38.