WWII B-17 Bomber Has Crashed At Airport- Hartford, Connecticut 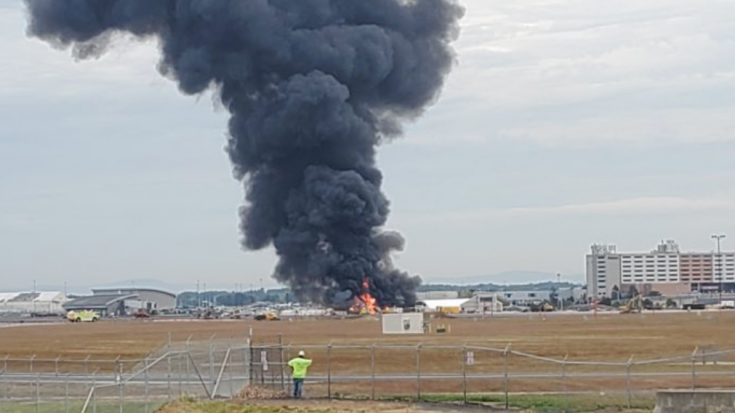 Bradley International Airport- A bomber from WWII has just crashed this morning as we have been informed by the airport’s Twitter account:

We can confirm that there was an accident involving a Collings Foundation World War II aircraft this morning at Bradley Airport. We have an active fire and rescue operation underway. The airport is closed. We will issue further updates as information becomes available.

Our crews are operating at an aircraft crash at Bradley airport pic.twitter.com/WP7k2tQBpB

It is believed that the aircraft had crashed at the end of the runway as it was attempting to land. It is not known the number of fatalities or injuries at this time.

Airport officials had also shared online they have fire and rescue operations underway and have been battling the blaze. The aircraft most likely was part of the Wings Of Freedom tour as the previous tweet on the airport’s Twitter account shared the news of them being there earlier this week.