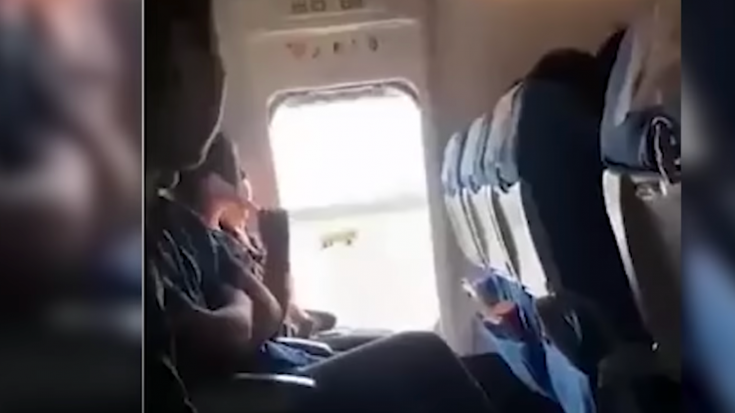 Sometimes it might get a little stuffy in the airplane you’re in, but that doesn’t mean you need to open the emergency door of the aircraft.

Well, that’s what one lady in China decided to do on a passenger jet airliner recently as we can see in this footage. It’s a quick snippet, but you can clearly see the door open.

Prior to departing the woman, who looked to be in her 50’s, was told not to do it. The flight was scheduled to take off at 3:45pm. Seems like she couldn’t take it and just had to open it. The flight was only delayed 1 hr after authorities came in to arrest her.

Watch An Explanation Of What Happened Here: