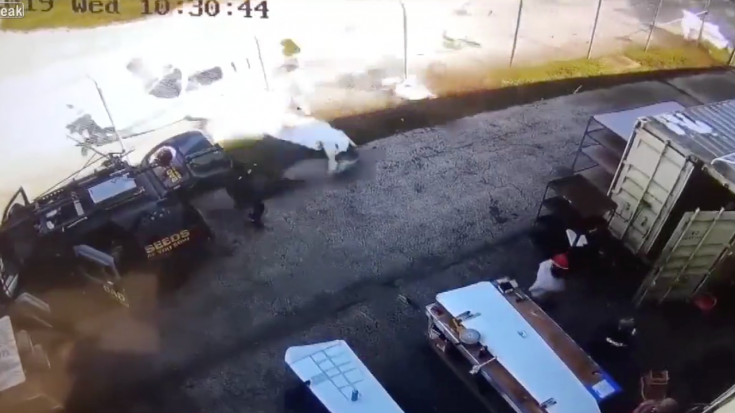 One close call came for this lucky worker as a plane crash landed and missed him by nearly inches. Footage emerged from Florida (Boca Raton) of a plane crashing into a fence and almost wiping out a worker on duty at the Boca Raton Airport. The aircraft was a Piper PA28, and as you can see, the wing gets caught on the fence which causes it to get mere inches from the worker. Reports say that there were two people in the aircraft, after making its way back after a take off. 1 person was taken to the hospital and the other only sustained minor injuries.