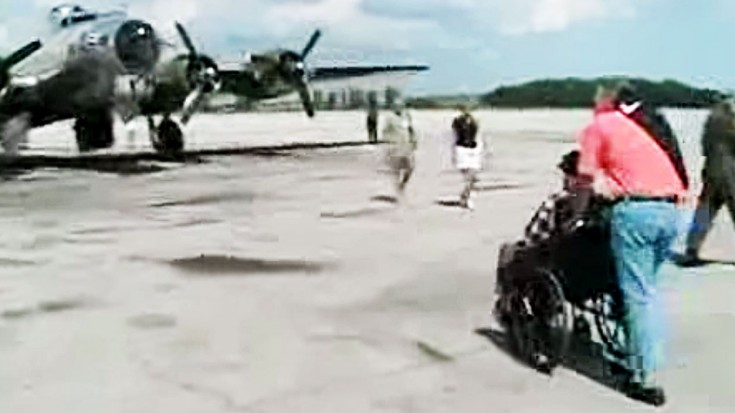 There Are Not Enough Ways To Thank This Man!

Marvin Skubick, a pilot of the B-17 Flying Fortress, flew 35 missions over Europe during World War II. Many pilots and their crews during that terrible time didn’t make it back from their first one. This veteran flew again and again and now gives some personal accounts of what it was like.

“Some of our missions were so rough…we had one mission just to give you an example…we flow over the target… and the colonel who was leading the whole thing couldn’t get the bomb fixed on the target…so we had to go around again…the flak was terrible…I didn’t think we would make it back…but we made it back…I’ve seen some terrible things.”

It’s particularly heart-wrenching to see him tell his stories, as you can see the pain in his face even at the very thought of them even. We salute this former pilot, who as a young man saw things he shouldn’t have.

The Yankee Air Museum’s Historic Flight Experience in Ypsilanti, MI, wanted to treat Mr.Skubick to his 36th flight on the B-17 Yankee Lady which he gladly accepted. During one of his accounts, he said that if it wasn’t for the B-17 being able to take a beating, he probably wouldn’t have made it!