WWII B.A.R. vs FG-42 – Even The Lesser Marksman Wins Because Of This Gun 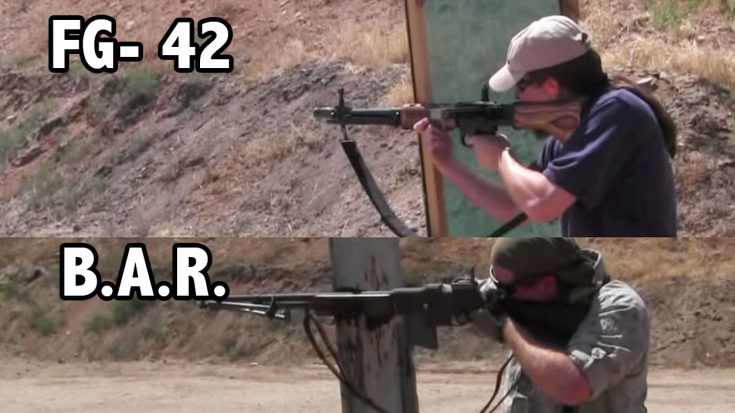 Our Kind Of Action Challenge Match

This head-to-head match is so darn entertaining. It’s a pretty fair and interesting comparison too, don’t you think? Besides, both the Browning Automatic Rifle and FG 42 were decent weapons of their time (and the FG 42 was even a remarkably advanced design). Both are fine guns performance-wise. Sure, some may still favor one over the other but we like how this video tries to compare them. We would have loved to see this up-close because these are powerful firearms.

Here’s another thing we noticed and would like to point out – did you see the big guy struggling with his gun. It makes you think of all the military men who had to carry and fire it during the war. They must be total super-humans with the kind of strength they needed to go to the battlefield every single day.

At the 11:53 mark as the hosts are giving their final thoughts, “…you’re by pretty much all measurements a better shooter, so the fact that I was able to beat you at all, says it was entirely because of the gun.”

So, what do you think? Which firearm won in this match?