WWII Footage: German Pilot Shot Down By AA Fire Lands Next To Ship He Just Attacked 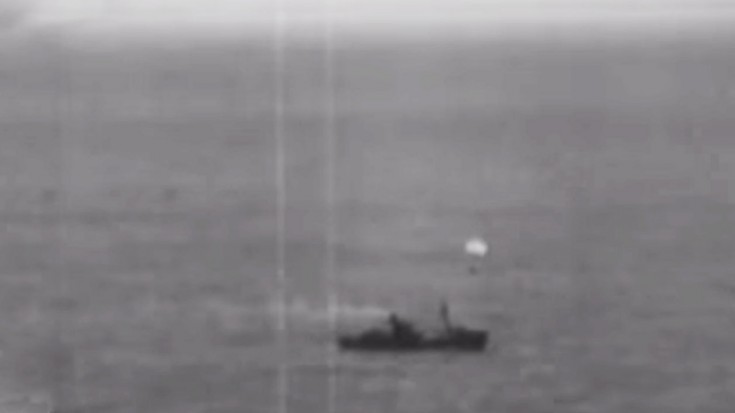 In this vintage footage, you’ll see a United States convoy under heavy fire from German fighters. Located somewhere in the North Atlantic, you can clearly see the planes dropping massive bombs, some of which were extremely close to the ships. One ship appears to be hit and trailing smoke as well while another massive explosion blows right next to it.

The convoy did manage to get a couple of hits however. In the beginning you can see a German plane really close to the ocean surface going in for a dive. Then boom, it lands right in the water. Later, a clear view of an American vessel is shown while one of the pilots who bailed out lands in the water right next to it.

Although he survived, that was probably not the end of his hardships. American ships usually picked up these ill fated pilots as conventions went, but of course they were interrogated once onboard.

Either way, check out this footage and let us know what you think. Together we can all keep this history alive and hopefully learn something new.