This Low And Loud B-52 Will Give You The Chills 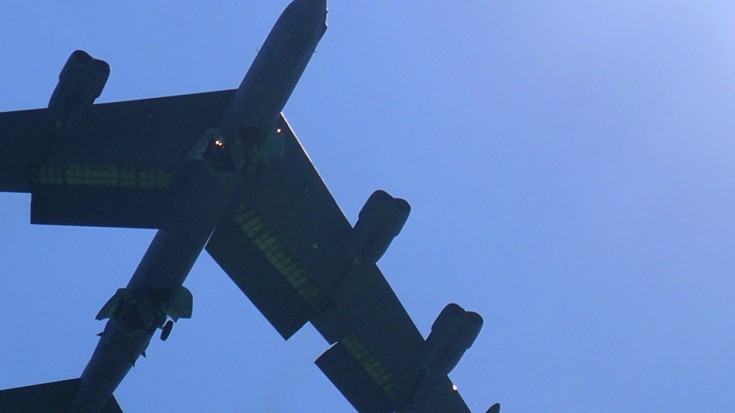 These Are Truly Magnificent Machines.

This user generated footage was brought to us from the Sliac Airport in Slovakia. As part of the Slovak International Air Fest in 2012, this B-52 Stratofortress was scoping out the pattern so it got pretty low. Luckily, these guys knew what was going on and got there to get buzzed by this behemoth of a plane. Now, all of us can enjoy this.

The genesis of the B-52 can be traced back to just one month after World War II ended.

World War II provided the United States with countless and valuable lessons including the need of new bombers. In order to secure the homeland and be able to fight wars far away from it, the Air Materiel Command (AMC) issued a request for a new bomber on November 23rd, 1945. The first B-52 took off in 1952, just seven short years later.

The request called for bomber that could be used for strategic missions without having to use foreign airbases and having a combat radius of 5,000 miles. Also, a cruising speed of at least 300 mph was required. After all was said and done, Boeing came out with a design that blew these restrictions to pieces.

B-52s have a range 4,480 miles (slightly short as requested) but have a cruising speed of 525 mph with a max speed at 650. Also and most importantly, they can load up up to 70,000 lbs. of ordnance, bombs, mines, missiles in many different ways. These things are simply beasts!