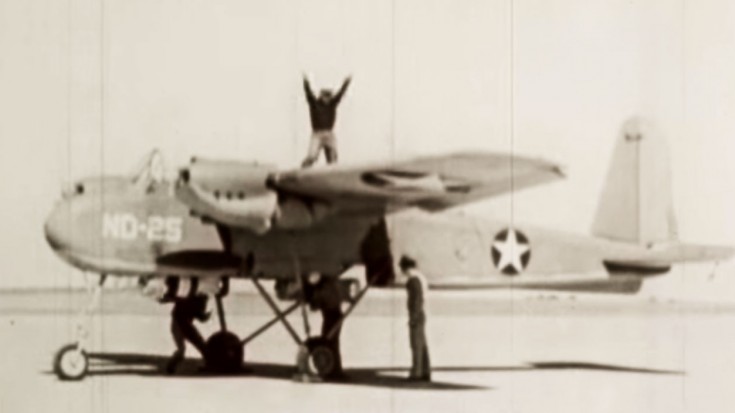 This Is The First Remote Drone Ever Invented.

It seems that nowadays everyone is concerned or debating the use of drones, both domestically and abroad. The bright spotlight and controversy started lets say a decade back, with news networks and activists passionately voicing their opinions. What’s really amazing however, is the fact that drones can be traced back to January 1942. Yes, during World War II the Naval Aircraft Factory designed and manufactured over 100 remote controlled drones which were named TDN-1. It was the first ‘assault drone’ ever made.

Though not used in combat, test flights of the TDN-1 proved instrumental in the development of the Interstate TDR, the successor that was used in combat in the Pacific Theater.

What made this new type of aircraft possible were the invention of the radar altimeter and television. This allowed a ‘control plane’ or a ‘chase plane’ to be flown a safe distance behind the drone while one of the crew members operated it. Although they proved to be too expensive to build, they paved a way for the Interstate TDRs to be built by 1944. 200 such drones were built and out of the 50 drones sent out, 31 hit their targets successfully.

Now that’s some history for you!