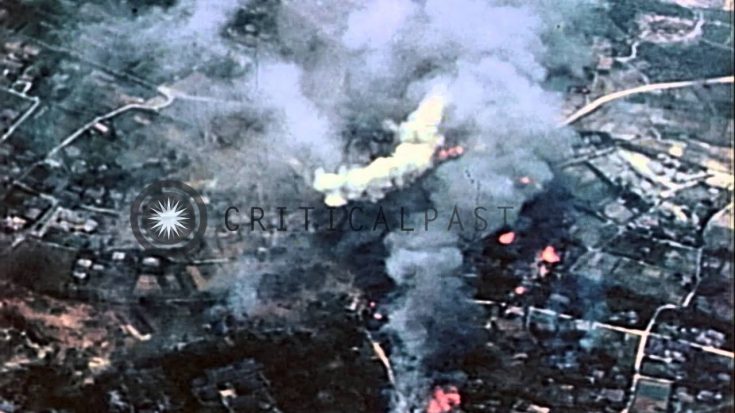 There’s something so eerie about watching war footage in complete silence while everything unfolds before you. It’s one step away from being a horror movie for us, but for them, that was their reality.

According to the YouTube description, this was sometime around 1943 in Tokyo, Japan. A lot of different footage was cut and spliced to make this video but there are some that stood out. One example is the strafing of the large Japanese ship and the following strafe runs over the train. That train looked like it had soldiers situated on it for defense – you can see the tracers from the machine guns.

Judging by the number of clips relating to trains and coasts, their mission was probably to destroy the supply lines of the Japanese Empire.