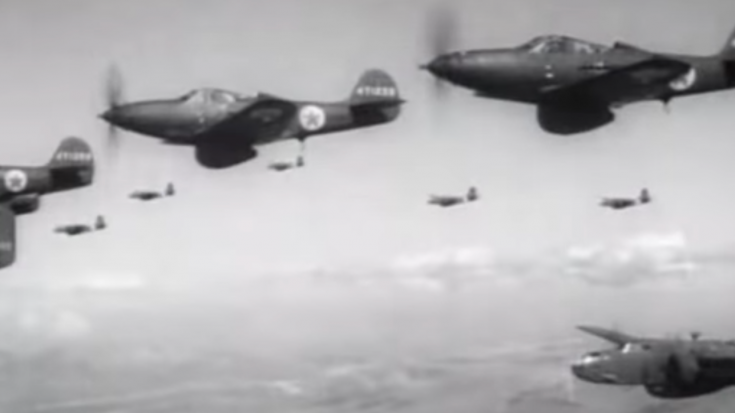 These Planes Were Known As “Flying Tanks.”

Here at World War Wings, we love all warbirds. When sifting through some of our videos, however, we noticed a pattern. We don’t really cover Russian planes or pilots. We’re not doing this intentionally. We just got so on track with covering everything U.S., British and German that we just blocked our horizon.

This video will start to remedy that.

We’re not going to explain the whole video, as it does a good job with details, but we’ll give you some highlights. The clip is actually part of a full-length documentary called Wings of Russia: Stormy Years. It highlights one of their most important planes; the resilient Yak-9.

The variant of the Yak in this video is the “DD,” a radio navigation enabled
fighter with a much-increased range.

Initially built in 1942, this was the most produced Soviet fighter aircraft with 16,769 of them rolling off their assembly lines. It’s also credited with being the first Soviet plane to shoot down a Germany Me-262, the first operational jet fighter in the world.

Take a listen to this clip to learn more about these little talked about aircraft. You’ll learn a lot and we’ll feel better about you doing so too.