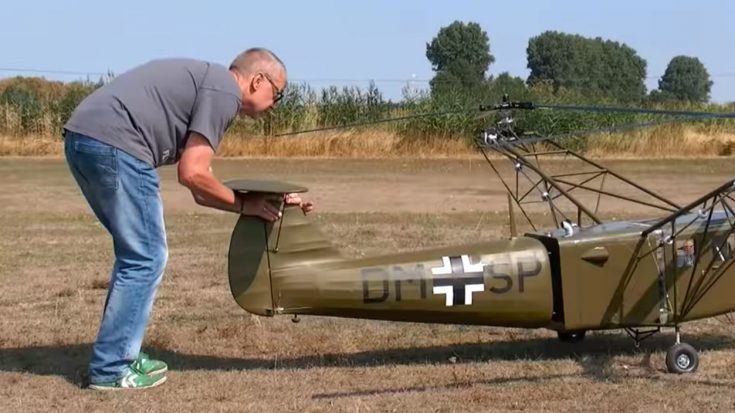 One of our favorite YouTube channels, RC Media World, just uploaded a really unique video of a helicopter that we have to admit didn’t know even existed. Built by Frank Wedekind and flown by Frank Bolte according to the description, this RC might actually by the only one in the world.

What you’ll be looking at here is the Focke-Achgelis Fa 223 Dragon. A German helicopter which first flew in 1940, this model is hailed as being “the first helicopter to attain production status.” Around 20 examples were built during World War II and more were planned, but strategic Allied bombing targeted manufacturing factories destroying the ones that produced this particular aircraft.

As for the model in the video, it’s really quite amazing. Here are the specs we could find:

All in all, it’s great to see people out there building aircraft (even if they’re just RCs) which no longer exist today. We e think that this particular helicopter wouldn’t even be able to take off , but looking at the video below, it looks like the design was very sound indeed.