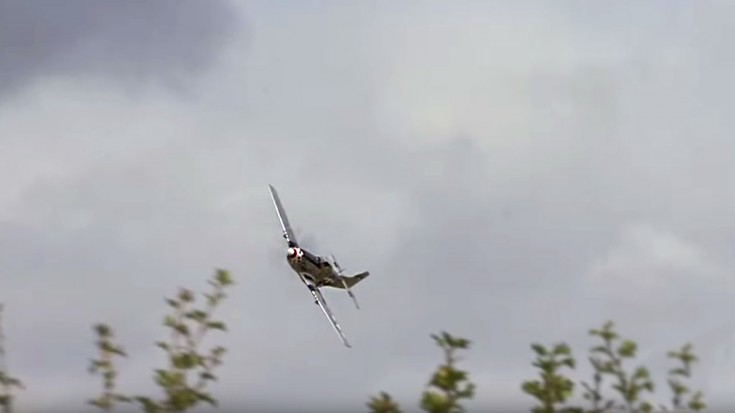 Talk About A Whistle!

When it comes to flybys, it doesn’t get any better than a screaming one. Corsairs are typically known as the “whistling death” due to their distinctive sound, however, P-51s tend to whistle as well. As for this particular one, it’s more of a scream.

Provided to us by the Historical Aviation Film Unit which does a wonderful job filming these warbirds, this P-51D Mustang named Marinell was captured at the 2014 Little Gransden Air and Car show in England. As always, this beauty stole the show not only because of her looks but history as well.

This warbird was built in 1944 and was assigned to the 504th Fighter Squadron of the 339th Fighter Group in England. Piloted by Captain Brandford V. Stevens, she has four confirmed kills to her name. While on a mission on August 13th, 1944, she went down due to unknown causes while escorting a bomber squadron.

More than a half a century later in 1998, Mr. Maurice Hammond recovered the wreckage. Working tirelessly for the next decade, he managed to restore her to flying condition. On July 26th, 2008, she took off for the first time since World War II. Nowadays, Hammond and Marinell regularly tour around the airshow circuit.