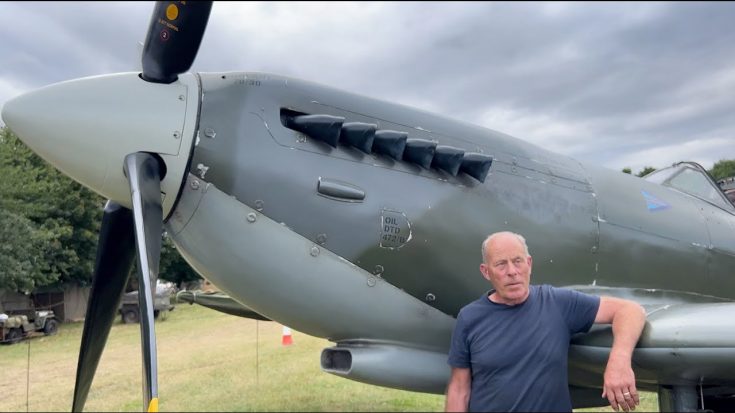 Mel and Steve Heappey, a pair of British brothers, currently own an Mk IX Spitfire built in 1942. The two men found the Spitfire without a tail section inside a hangar while fixing their Me-109.

Back To The Spotlight

Ten years later, it can now be seen in many military shows and events alongside their German Messerschmitt Bf 109.

Even though they restored the aircraft to the best of their abilities, they opted not to change the worn-off paint on the entrance to the cockpit.

One little-known fact about the Spitfire is the presence of a morse code communication light found at the back of the canopy. These are used in dire situations and are controlled inside the cockpit.

The Browning machine guns sometimes had “doors” that covered their front. According to a book the brothers read, it was used to shield the machine guns from debris during takeoff and even prevent misfires.