WWII Tommy Gun 50 Round Burst Vs Targets – What’d You Think Was Gonna Happen? 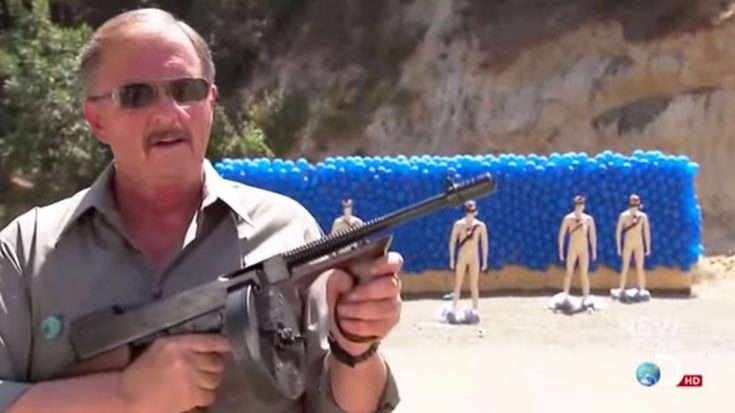 Anyone Else Feel Jealous?

We kind of feel bad for the grandfather clock though, what did that ever do to you? Lol. But this is seriously one impressive firearm. The rapid fire – everything about it just somehow gives you a burst of adrenaline. It’s like all you have to do is aim and burst. While it’s often called Tommy Gun, we sort of prefer calling it ‘Annihilator’ or ‘The Chopper’ because it sounds way more bad ass like that. And it’s also known as ‘Chicago Organ Grinder,’ we think that’s the most accurate term given to it. Why? Just look at that watermelon and all the other targets. To say that it ‘grinds’ them is even an understatement.

With it’s high volume of .45 cal automatic fire, it’s no wonder that performance comes at a cost. This thing is slinging big fat .45 caliber bullets down range so naturally it’s going to be hard to hit anything on auto. It has that old school gangster feel which is why it’s often being sought by collectors.