The Sick And Twisted WWII Cartoons Of Dr. Seuss 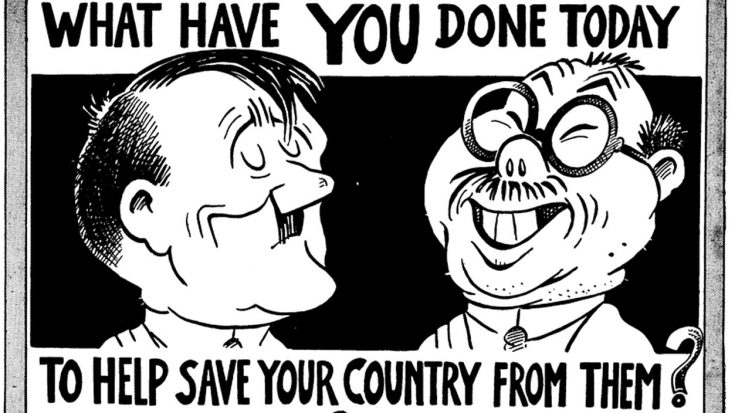 Theodore Geisel went by the pen name Dr. Suess is adored the world over for children’s books and iconic characters. He had many artistic ventures in his long life, but one people often forget is work during World War II. Dr. Seuss worked as a cartoonist for the New York City Daily Newspaper from 1941-1943 where he drew over 400 political cartoons.

These cartoons are hardly the wholesome, family friendly drawings we are used to. Instead, we have borderline racist depictions of the Japanese, full-blown anti-Hitler commentary.

Aside from the political cartoons he drew, Dr. Suess actually joined the US Army serving as Commander of the Animation Department. In the animation department, he helped to design characters, storyboard educational films and even had a hand in writing for the cartoon character Private Snafu.

Many of his cartoons are quite critical of non-interventionalists such as Charles Lindberg who opposed the United States entering the war. He did go overseas with the Army film unit in order to witness some conflict was stuck behind enemy lines for three days during the Battle of the Bulge.

“Nobody came along and put up a sign saying, This is the Battle of the Bulge. How was I supposed to know? I thought the fact that we didn’t seem to be able to find any friendly troops in any direction was just one of the normal occurrences of combat.”

Reflecting back, some of these might be labeled politically incorrect by today’s standards due to the anti-Japanese imagery. But these cartoons are very much a product of the times and were meant to instill patriotism and unite a nation against enemies. You’ve seen a glimpse of his cartoons, check out this video for even more of them.