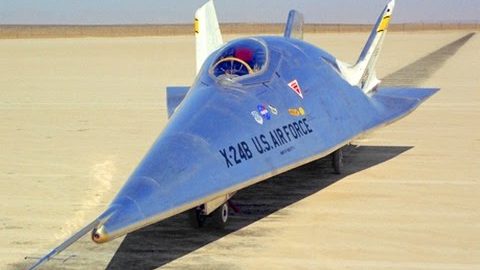 What a Dramatic Landing

Let’s go back in time to the 1970s when the X-24B was first conceived and then made a dramatic landing on Rogers Dry Lake at Edwards Air Force Base.

The Martin Marietta X-24 B was part of NASA’s project to gather data on a “lifting body” aircraft. It used characteristics of a “flying wing,” but there’s no true tail unit. Furthermore,  elements are blended forming a single shape. The concept first appeared during World War I and then made considerable progress in the 1960s and the 1970s.

The video showcases the exciting view of the X-24B lifting body landing. According to the description, two safety chase F-104 jets pace the X-24B down to the specially marked landing surface and then zoom away at the successful completion of the mission.

What do you think about the X-24 B’s dramatic landing?