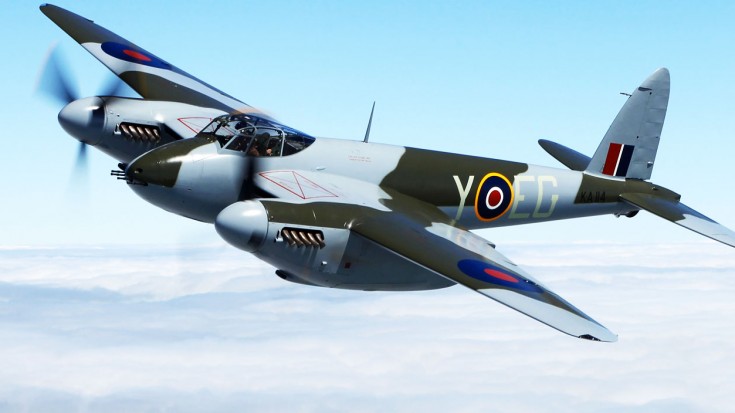 Watch This Restored Mosquito Takeoff And Land In HD

The DH.98 Mosquito is a British built, two-man combat aircraft developed for use in World War II. The Mosquito was designed to be fast but easy to control as that was what the Royal Air Force needed during the War.

This particular plane has some history behind it. It was the first post-war Mosquito to be restored to airworthy condition. The model, serial number KA114, was built in Canada in 1945 and was named ‘Mossie.’ Found on a farm in Canada, Mossie was in bad shape and being made of wood, badly rotted. A vintage aircraft restoration company called Avspecs Ltc. remarkably restored this Mosquito back to its original state. To make this accomplishment even more significant, the jigs and massive molds they developed for this restoration can be used for future Mosquito restorations as well! For Mosquito lovers and people who love World War II planes in general, this is amazing news!

Just last year another plane, the Mosquito B.35 VR796/CF-HML was fully restored in Canada as well, while many more are in the process of restoration.