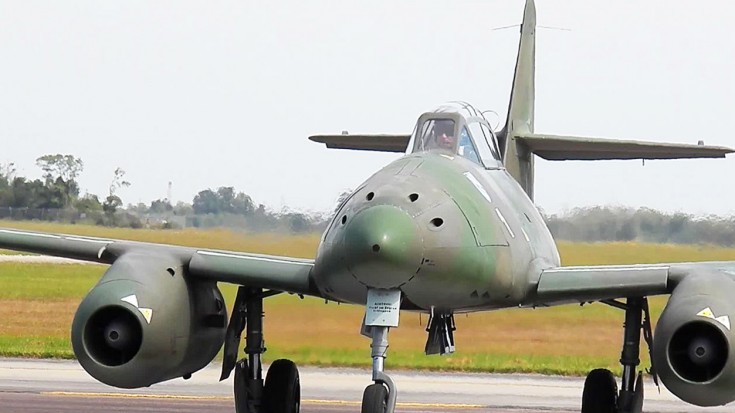 Original, Reproduced Or Manufactured, This Video Does Make You Want One!

The Me 262 Schwalbe, ‘swallow’ in English, was the world’s first operational jet. Designed and manufactured by Messerschmitt who also designed the worthy adversary Bf 109, these jet powered planes had a top speed of 559 mph. Over 160 mph faster than the best Allied planes, their sheer speed made them extremely effective against Allied fighters and bombers. Although they had their share of engine problems, during their short and limited service they managed to shoot down over 500 Allied planes.

The Me 262 Project consists of designers, engineers and technicians who have made airworthy reproductions of the Messerschmitt Me 262s.

As development and design problems stalled the production of these jets, only 1,430 were ever produced. Allied pilots were also given specific missions to destroy any ground installations of these aircraft, as it was the easiest way to destroy them. Once in the air, their speed made them incredibly difficult to intercept. With most of the Me 262s destroyed, there were only 11 static displays of these aircraft post war. In 1993, the Me 262 Project was launched by Classic Fighter Industries Incorporated. Their goal was to make historically accurate replicas of these rare planes, a feat they completed in 2002 when the first one successfully took off.