Cadillac Of The Sky: P-51 Mustangs In Empire Of The Sun 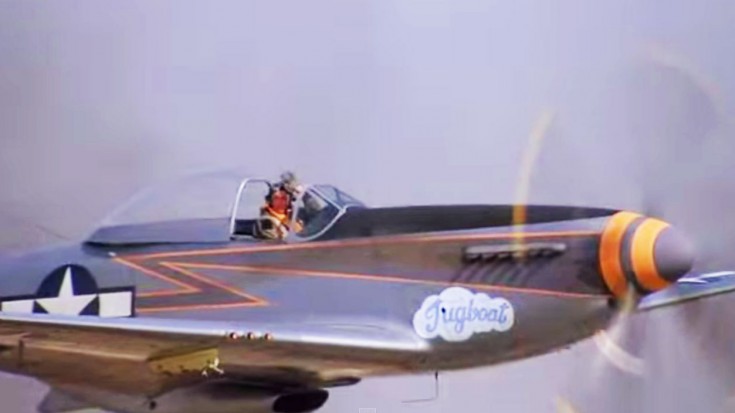 Give Steven Spielberg P-51s And He’ll Give Some Epic Shots!

In case you were busy and haven’t had a chance to watch Steven Spielberg’s Empire of the Sun in the past 28 years, be forewarned that we’ll give away some of the plot in this article . Released in 1987, the film is an adaptation of J.G. Ballard’s novel by the same name. The movie follows the life of Jamie Graham, played by young Christian Bale, who moves to Japan with his upper class family. Once World War II started, the whole family was put in a internment camp. As a prisoner of war, the ‘loss of innocence’ theme plays throughout the movie.

The P-51 ground attack scene used 3 restored, airworthy Mustangs and took over 10 days to film because of the complexity of the sequence.

As you can expect with Steven Spielberg, he did not want to settle for cheap gimmicks in order to get his shots right. For this reason, he got two Mustangs from the Fighter Collection in England and another from the Old Flying Machine Company. In addition, four A-6 Harvards were modified to look like Japanese Mitsubishi Zeros. The sequence in the movie took over 10 days to shoot as Spielberg wanted to get his shots just right and with all the fake bombings and explosions, it was quite a feat to pull off.