1945: Incredible Crash Landings of B-29 Bombers 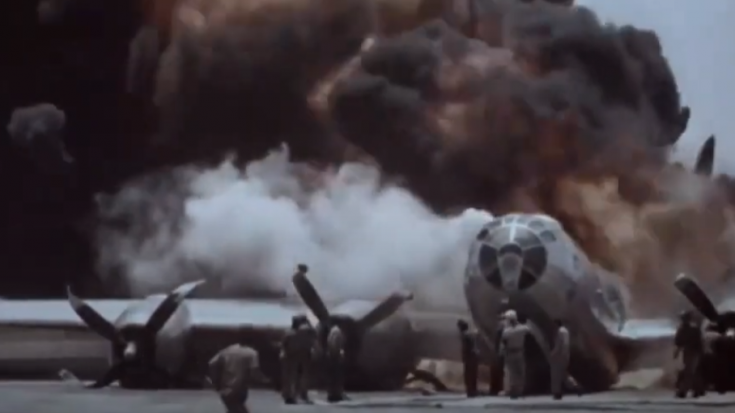 This vintage color film shows B-29 Bombers crash landing on Saipan which is part of the Northern Mariana Islands. These warbirds have just returned from air raids all over Japan. The Seventh Air Force strengthened their forces on the island since it’s within striking distance to Japan thus making it easier to reach the enemy and bring the war to their doorstep.

The US forces invaded Saipan on June 15, 1944 and it was secured almost a month later on July 9. The air bases constructed in Saipan, Tinian, and Guam became the launch sites for the B-29 raids. The first B-29 arrived in Saipan on October 12, 1944 and its first combat mission was on October 28.