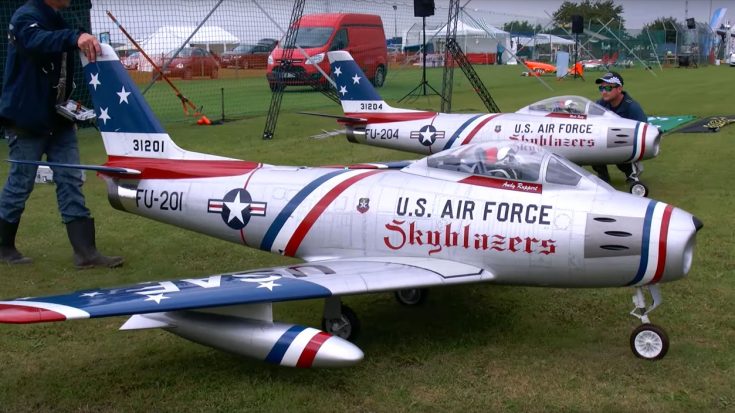 It may not have made its debut until after World War II but that the F-86 Saber is still beautiful. Mainly used during the Korean War as a dogfighter the F-86 could easily take down early MiG fighters with ease. Nearly 10,000 Sabers were built to serve the United States, Japan, Canada, Italy and Australia. It proved to be a reliable fighter and was finally retired in 1994. Now the Saber has been given the RC treatment so we can see it fly on a smaller scale.

Guests at the Euroflugtage in Rheidt Niederkassel, Germany were lucky enough to see a demonstration of these Sabers in flight. The stars and stripes are prominently displayed all over huge RC planes as they rip through the air. As per tradition you just can’t get a bad video from RC MEDIA WORLD, these guys only deal in great content. I got a big kick out of seeing these big RC planes strut their stuff at this RC Show and I know you will too.