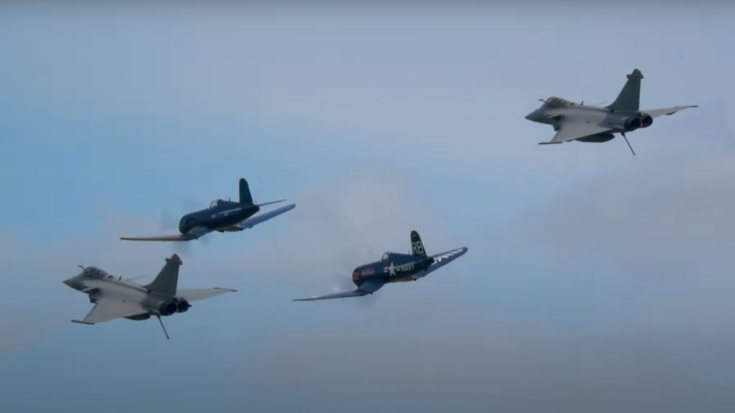 The Corsair couldn’t help but steal the spotlight as it flies side by side with the Dassault Rafale. Its inverted wings are unmistakable when it’s up in the air. Granted, the Rafale is definitely the better, more maneuverable aircraft – but it’s just not the Corsair.

To be fair, seeing two Rafales taking off at the same time is nothing short of amazing. The Rafale is known as an “omnirole” aircraft and was introduced in 2001 and is still in service today.

Still, the 2 pairs of these incredible warbirds flew synchronously together at the Paris\Villaroche Air Legend airshow in 2021. The airshow was held southeast of Paris and featured a lot of legendary planes. For its 2021 event, the theme was the Pacific War, commemorating the 80th anniversary of Pearl Harbor.