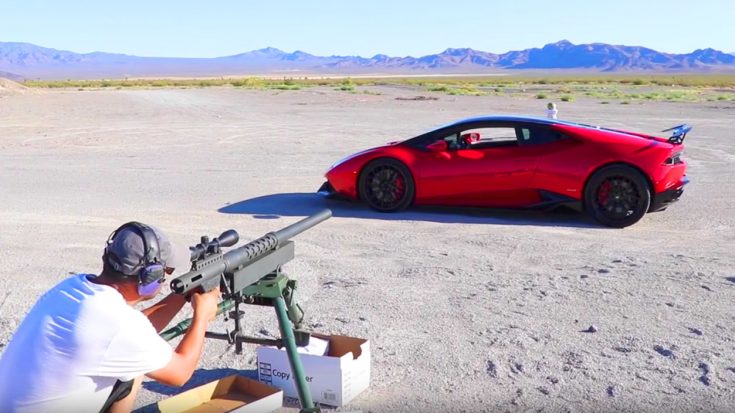 Some people like to go to the shooting range for a good time, but others like to make their own shooting ranges. There’s the age old putting concept of putting some empty tin cans on a fence and shooting them one by one. But some people are satisfying by that so they like to go a little more risky targets.

William Tell once used a bow and arrow to shoot an apple off of a child’s head, so confident in his abilities that he would risk the young boy’s life. Meanwhile, Edwin Sarkissian decided to go even bigger by taking a 20 mm gun to shoot a watermelon through a $200,000 Lamborghini Huracan.

Sarkissian is raising the stakes up pretty high as he mounts the massive 20 mm gun on a makeshift platform and makes a $200,000 gamble. There’s a lot at risk, especially with the cameras rolling but I guess if you have the money to blow why not. So check out the video and see for yourself, what could possibly go wrong with this situation?