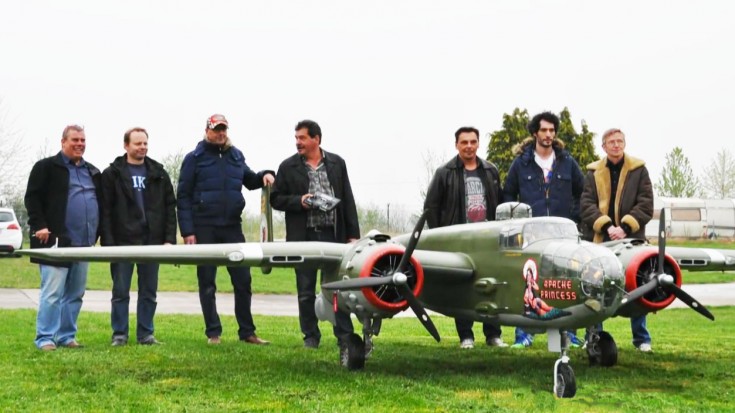 As You Might Have Guessed, Building This Warbird Took A Long Time

Remote control planes come in various shapes and sizes, but around here we love two things. World War II planes and size. Well, Dietrich Ebert is a fan of both these things as well, and he brought us this giant B-25 Mitchell. It took him almost six years to design and manufacture the structure of this lovely warbird, after which brothers Ronald, Michael and Daniel made her into the beauty she is today.

With a wingspan of 20 feet and length of 16 feet, this Mitchell is a true work of art.

We’re assuming that this team of warbird enthusiasts built this awesome looking model because Mitchells themselves were fantastic planes. They were twin-engined medium bombers introduced to World War II in 1941. They were produced in numerous variants, with almost 10,000 rolling out of factories over the course of the war. Their most notable service include the Doolittle Raid, which was a much needed morale boost for the American people. After Pearl Harbor, the Japanese believed to be superior to the U.S.A. as they inflicted significant and unexpected damage. The Doolittle switched the tides, showing the Imperial Japanese Army that they were not as safe as they thought they were.