A-10 Cockpit View When Gau-8 Is Fired 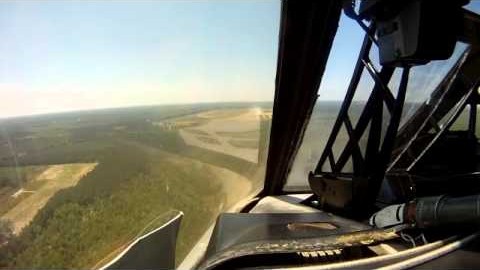 Short But Sweet 30mm Cannon Burst From The A-10

The A-10 Warthog is by far the best ground attack aircraft ever created. The one thing that stands out the most is the 30mm cannon mounted in the nose. In fact, the entire aircraft was specifically built around the gun. We have finally found some raw footage of the gun being fired, with a view from the cockpit. This isn’t a gun camera. It isn’t your typical IR footage. It’s pretty much what the pilot experiences when he pulls the trigger.

Just a brutal short “buzzzzz” that could pretty make you go deaf for a split second. It almost rattles the brain, just watching the clip. Makes everything in that moment, come to a complete halt. Not only that, but you also realize how short the bursts really are, and how many rounds fly down-rage in that short amount of time. Amazing, isn’t it!

Notice how the whole plane vibrates though. It’s not like most regular gatling guns you have had on other planes like the F-4 or even F-14. This thing rattles the whole cockpit. We guess you get some extra tingles from it.