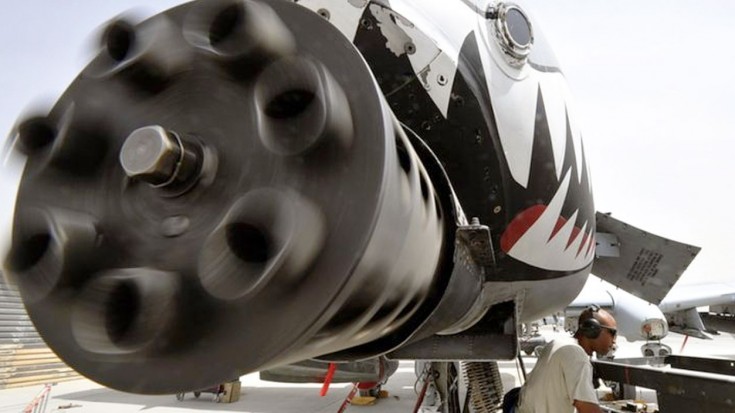 From The Sound Of It, It Works Just Fine

The A-10 Thunderbolt II, also called Warthog or just Hog, is truly a one of a kind aircraft. Many people say that it is ‘the first gun to get its own plane.’ As comical as that might sound, that is exactly what happened. The A-10 is simply a giant flying gun. 20 feet long and over 600 lbs. in weight, this massive gun is the best sight for any troops on the ground that need support.

Hopefully, the A-10s service life will be extended to 2028, although the military is pumping money into the F-35 program chocking the A-10’s money flow.

Although considered an ugly plane by some people, ground troops love nothing more than an A-10 in the sky. Able to shoot 70 30mm rounds a second, they literally pulverize their targets. Their rounds can even pierce tank armor as their tips are uranium plated. Overall, this is one of the meanest planes to ever have taken flight.