A-26 Invader Flies Low and Fast Towards Spectators 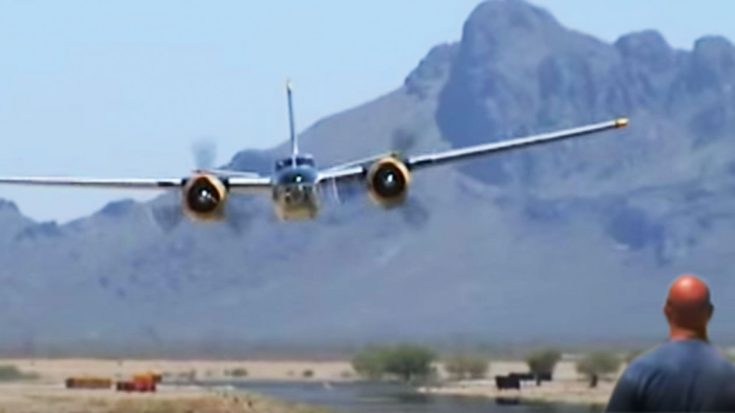 A-26 Invaders don’t get the credit they deserve. Oftentimes when we mention them, people don’t even know what we’re talking about. If you’re one of those folks, let us give you a quick lesson about them here. If you do, just skip to the last paragraph if you want to know some background about this particular video.

Invaders were built by Douglas Aircraft during World War II, with total production reaching 2,452 airframes. A light bomber and ground attack aircraft, they served both in the Pacific and European theaters. Later, they were used during the Cold War Era.

Pay attention towards the middle of the video (about 2:30.) It’s the lowest this Invader gets down, but the reaction of the guys on the ground is priceless.

As for the video, it was shot by Mike Pannell (judging from the Youtube channel we found this on). These guys were working on the Avra Valley runway in Arizona and got treated to some pretty spectacular flybys by this daring pilot.

Did they love it? Well, the description says it all. They loved every second of it.

Check it out and see why. We would love to burn in that desert sun just to get a chance to feel that prop wash.