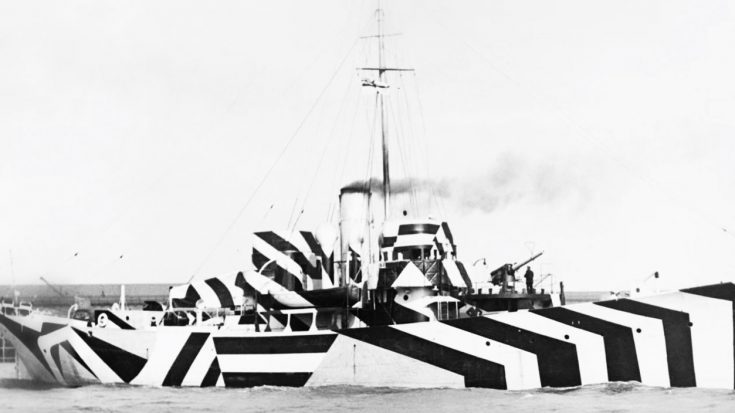 World War I and World War II saw an incredible increase in the use of submarines as they became more efficient and therefore more deadly. There were an incredible amount of ships that went down on both sides during these wars which prompted a new look at how to defend vessels.

One of them was dazzle camouflage. Originally ships were painted in shades of blue and grey to try to blend them into the water and sky. Nature having millions of different color variations, no one paint job could work all the time. That’s why the dazzle was invented.

Designed to confuse submarine crews looking through periscopes, these colorful and unpredictable color patterns made it difficult to gauge a ship’s speed and direction. This, in turn, made it hard for submariners to fire their torpedos because they couldn’t triangulate the precise location the ship would be in. The diagram below displays how this works.

Vox made a really interesting video about the subject which you can watch below. It’s got a lot of historical footage and pictures which shows the different designs camoufleurs came up with.