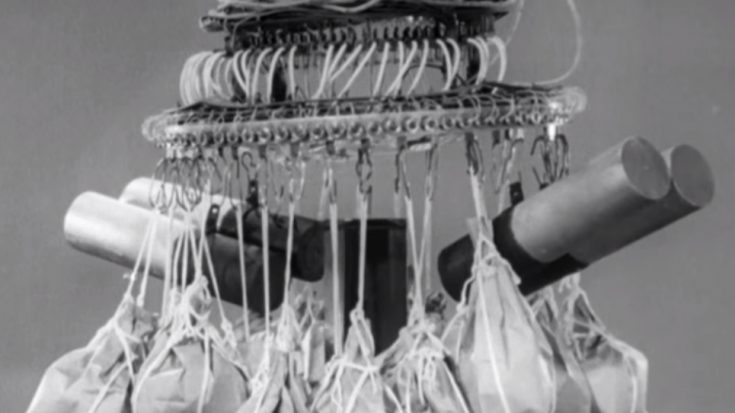 The First Ever Intercontinental Weapon

In November of 1944, Japan released a weapon devised to terrorize North America: the balloon bomb. Constructed with paper, this fire balloon was the first ever intercontinental weapon. Over 9,000 were launched from various launch stations in Japan. It’s believed that about 900, an estimated 10%, made it to America. Approximately 300 have been found to date.

The Imperial Army’s Ninth Army Number Nine Research Laboratory had figured out the jet stream. The jet stream could carry a balloon the 5,000 miles between Japan and America in just 3 days.

A timer switch was set to trigger the bomb after 3 days.

The balloons reached 18 states as well as parts of Canada and Mexico. But when the media  published a story about these mysterious sightings in 1945, the Office of Censorship stepped in and initiated a media blackout on the topic. Understanding the seriousness of the threat, the government did not want the American people to panic. They also did not want the enemy to know that their weapons could be effective.

Sadly, public knowledge might have prevented the single incident that did result in the death of one pregnant woman and five children in Southern Oregon.

The potential that the balloon bomb had is still chilling to think about. The Japanese Imperial Army Noborito Institute had cultivated anthrax and yersenia pestic, the culprit responsible for the bubonic plague. Enough cowpox was produced to infect the entire United States. Fortunately, the deployment of these types of balloons were never realized.

The bombs did not always go off, and only the Oregon case proved fatal. Japan had high hopes that the balloons would set forest fires and generally terrorize Americans. The balloons failed on these accounts and the lack of results and resources led to the abandonment of the project.

They’re Still Out There

But the threat is still not completely settled. Though findings have not been reported since 1978, it’s still highly likely that a number of these quiet transcontinental pioneers are still out there, hidden amongst the the trees of the American Pacific. Watch where you step!