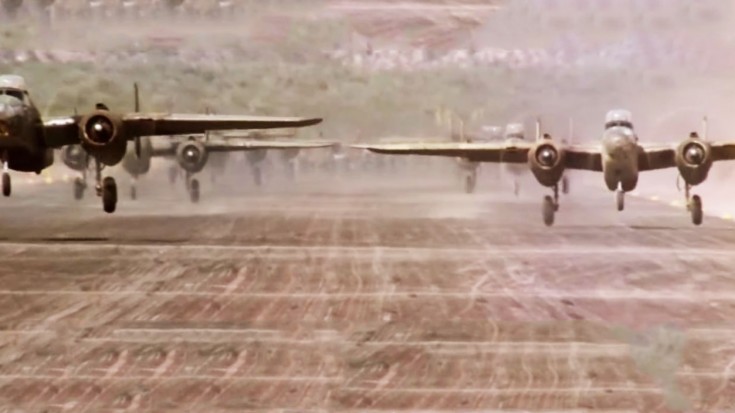 This scene is ripped from the movie Catch-22 by Mike Nichols. It tells the story of a World War 2 bombardier trying to escape his flying missions and we’ll keep it at that to avoid spoiling the movie if you haven’t had a chance to see it in the past 45 years!  In this particular scene, B-25s are lining up and getting ready for takeoff using 18 original Mitchells to shoot the scene.

Here are some quick facts about the Mitchells:

The North American B-25 Mitchell is a medium bomber named after General Billy Mitchell and most notably participated in the April 1942 bombing of Japan led by Colonel Jimmy Doolittle. This was the mission that made this particular airplane one of the most famous bombers during the war. There was emphasis on its versatility since it played a variety of roles including tactical bombing, anti-shipping strikes, submarine patrol, strafing and tank busting.

WATCH NEXT: The Most ENORMOUS Rc B-25 You’ve Ever Seen 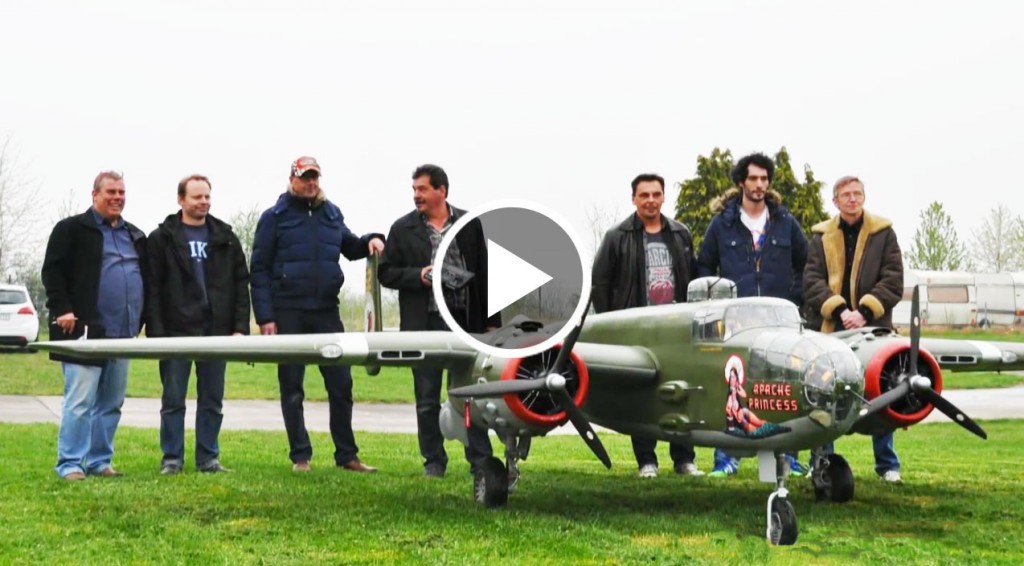