Aftermath Of The ISIS Cave Blast – How Much Damage Did The MOAB Really Do? 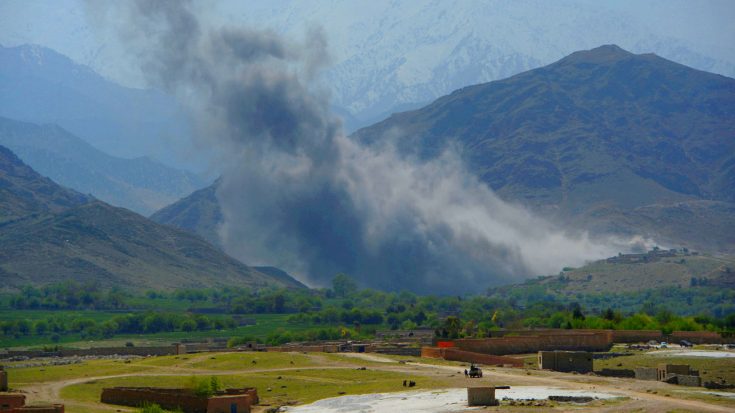 The blast heard around the world, The Mother of All Bombs and she was big. The United States Air Force dropped the world’s largest non-nuclear bomb on an underground ISIS complex in Afghanistan. The blast could be heard for miles and was said to be loud enough to make your ears bleed, but how much damage did it really do.

An estimated 96 ISIS were killed when the MOAB detonated in the Afghanistan hillside. This bomb was considered to be a preferred choice because it does not have any leftover radiation from the blast as opposed to nuclear devices. The area has calmed down quite a bit, although some of the higher ups in the military aren’t too keen on examining the damage.

“Frankly digging into tunnels to count dead bodies is probably not a good use of our troops’ time when they’re chasing down the enemy that’s still capable.”

However, this film provided by the Afghan Police shows just how the extent of the damage from the Mother of All Bombs. Keep in mind these guys were under a mountain and still got hit this bad.