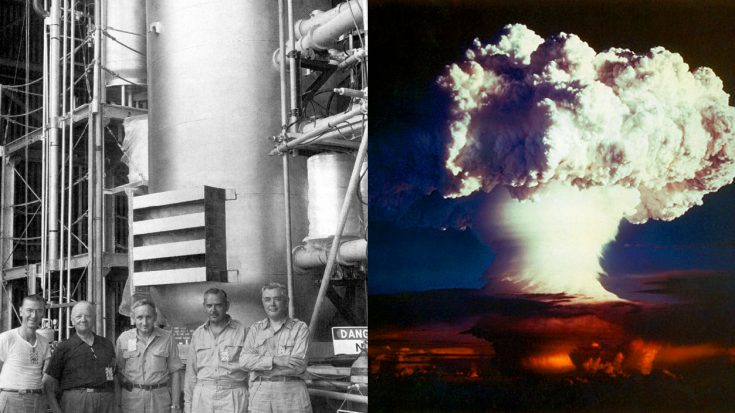 It is the early 1950s and the world has plunged into irrational fear over its own destruction. The Cold War has inspired children to hide under their desks, suburban residents to build bomb shelters for fear of nuclear war. The United States Military was more prepared than anyone so they sought to create nuclear weapons that surpassed those in the Soviet Union.

World War II gave way to the atomic bomb but as threats escalated did the need for greater weapons. The United States Military had spent a number of years testing nuclear weapons at islands around the South Pacific but now they wanted something bigger. They turned their attention to Edward Teller, a physicist who played a pivotal role in the Manhattan Project to create the biggest bomb the world had ever seen. The result of Teller’s research was the world’s first thermonuclear weapon, the hydrogen bomb.

The first hydrogen bomb was given the nickname “Ivy Mike”, it stood two stories tall, weighed 82 tons and was too big to be deployed by an aircraft. The Soviets referred to it as a “thermonuclear installation” rather than simply a bomb as the whole facility was intended to detonate.

On November 1st, 1952 officials from the military gathered around Enewetak Atoll to witness the detonation of the first hydrogen bomb. Edward Teller was not present at this event, upset over not being placed in charge of the program. But Teller sat in an office in Berkeley, California half a world away, watching a seismograph, to measure the power of his bomb. The historic blast of Ivy Mike can be seen in this clip.