Another Day At The Beach… Not! EXTREME Low Pass By The FA-18 Hornet! 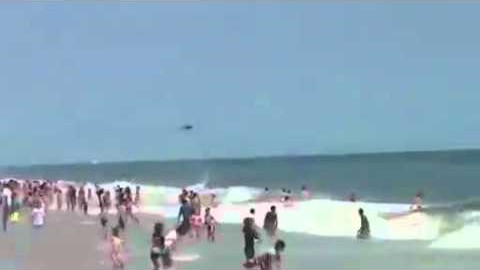 “Here, People. Have A Little Dose Of After Burn!”

When we said low, it was actually VERY, VERY LOW. And boy, that was mighty fast! The enemy gunners would be like, “What the fudge was that bro?”

Don’t you wish you could see something like this? How cool would it be going to the beach and while you’re drinking your ice cold beer, an F-18 Hornet just passes you by (you might need to cover your ears though IF EVER that happens) with all that sonic boom. Wow. Bet the pilots were having such a great time and probably listening to this song: “They see me rollin’, they hatin’. Patrolling, they tryin to catch me ridin dirty” because you know, they’re bad ass like that.

Everyone was enjoying this show. Who wouldn’t? They’re just having fun while reminding us who rules the sky. Lol! Here’s to showing off like a boss!