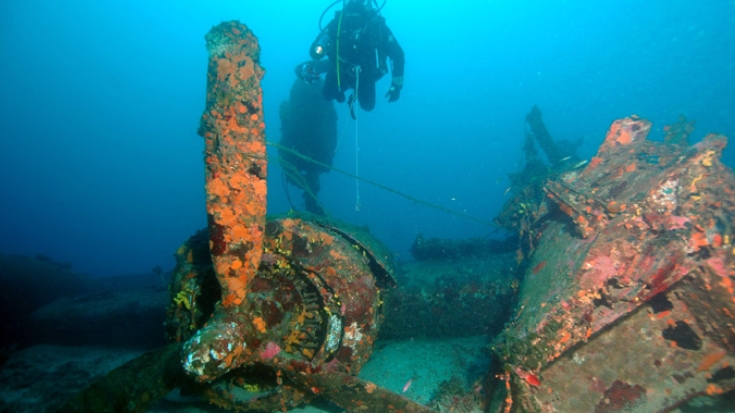 In 2010, an amateur diver discovered a sunken B-24 Liberator off the coast of Vis near Croatia. Researched showed that this lost bomber was, in fact, the Tulsamerican, the final B-24 produced in Tulsa, Oklahoma. Although the wreckage was found, there was still a lingering question? What became of the Tulsamerican’s crew?

In December 1944, the Tulsamerican was intercepted by German fighters during a mission and was badly damaged. The B-24 was barely able to remain airborne and the crew was forced to crash land off the coast of Croatia. Seven of the Tulsamerican’s crewmen were rescued by some local fisherman, but three others remained missing.

Captain Eugene Ford, flight engineer Charles E. Priest and navigator Russell C. Landry have all been missing since that fateful day. Fortunately, their sacrifices were not forgotten and the U.S. Defense POW/MIA Accounting Agency launched a research mission to find their bodies.

“[It was] a moment unlike any other I’d had under water. Because I knew who the individuals aboard the plane were, I had read their personal files, we’d seen their pictures. We’d watched the interview with the last surviving crewman.”

The crew faced challenges with local government as well as handling a war grave. It took the combined effort of some over a dozen researchers and two militaries but the remains of Captain Eugene Ford have finally been uncovered. This clip from NOVA shows a brief examination of the search.