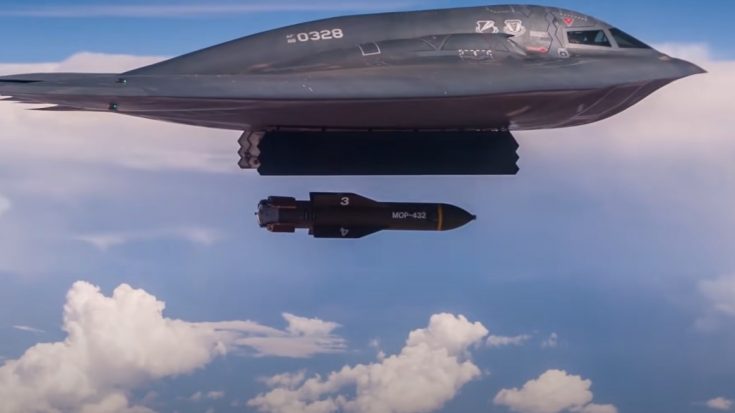 This marvelous work of art is called a bunker buster bomb for a reason. The GBU-57A/B MOP packs quite a heavy punch. Weighing at 30,000 lbs and containing 5,300 lbs of high explosives, this Massive Ordnance Penetrator can penetrate up to 200 ft.

A massive bomb like this is used to target facilities housing weapons of mass destruction. It can also get through reinforced-concrete bunkers and penetrate underground facilities. With how big they make bombs now, it’s scary to think what they can do if they fell into the wrong hands.

Watch how this B-2 accurately drops the MOP on top of a traffic cone during a test event at White Sands Missile Range in New Mexico.