B-2 Spirit Flies In Low and Slow 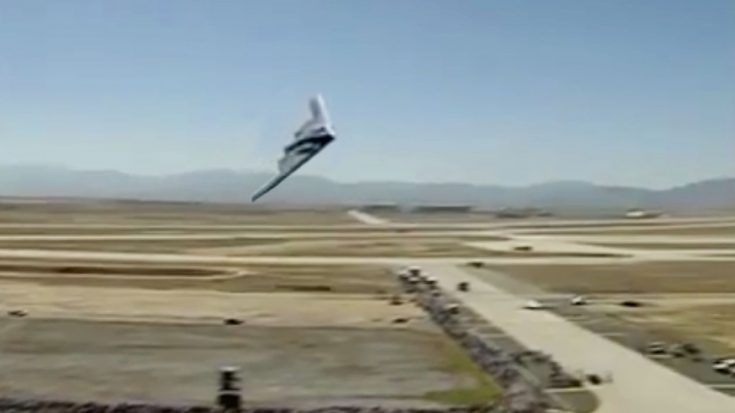 This is probably one of the finest B-2 Spirit flybys we’ve seen on the internet. Since these stealth bombers are very expensive to operate, you typically don’t see them at airshows too often. Sure, they’re here and there once in a while but definitely rare.

This one is different though.

Looking at the footage, it seems like it’s pretty old because of the pixelation, but man, the flyby is one of the best we’ve seen of this bird. It’s low. It’s slow. It’s an epic photo pass.

B-1 Spirit bombers were introduced in 1997. An estimated 20 are operational at the time of this writing.

Aside from that, it’s still crazy to see this thing fly. It’s thin as a razor, virtually invisible to radar and can officially drop 40,000 lbs. of hurt on the enemy including a total of 16 nuclear bombs if necessary. It’s a beast for sure.

Honestly, we’ve never seen anything like it. Especially in person. Wish we had.