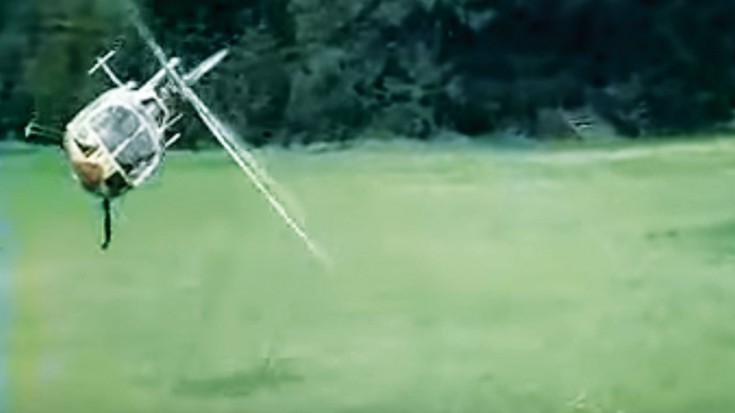 Not His First Rodeo For Sure.

After you watch this, we already know what you’ll be thinking. “There are old pilots, and there are bold pilots, but there are no old, bold pilots.” Although that saying is mostly true, there are a few exceptions.

Take Chuck Yeager for example. Ace during World War II, Korea, and oh yea, he flew the experimental X-1 rocket strapped to his butt. What we’re saying is that some of these crazy talented (and crazy) people do live a long time.

The point is that the guy in this video has some serious flying chops. Unfortunately we don’t actually know who he is as the description of the video failed to mention that important fact, but one thing stays the same. This dude can fly. Not only is he fast and low, he banks like a maniac right above the ground.

The MBB BO 105, the helicopter in this video,  was introduced in 1970 and is still in service today.

Another thing of course is the chopper itself. You’ll be looking at a Messerschmitt-Bölkow-Blohm Bo 105. It’s a German twin-engine helicopter which was one of the most innovative pieces of equipment of its time.

Featuring a hingeless rotor system, it can perform aerobatic maneuvers such as inverted loops. Although it’s highly maneuverable, you do need to know how to fly it.

This guy definitely does.