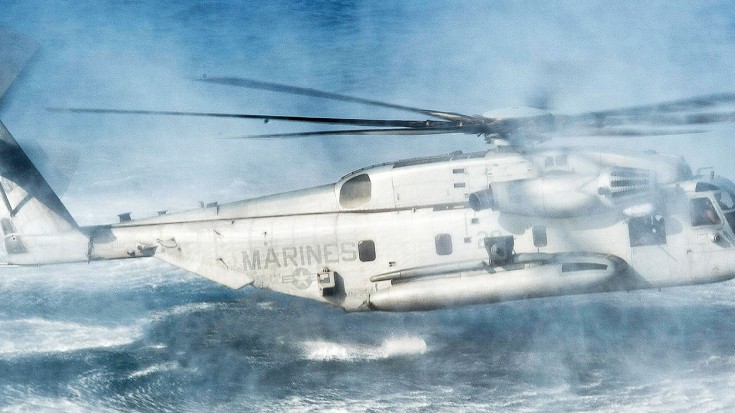 Our Support Goes Out To Everyone Involved.

Last night, January 15th 2016, two Marine Corp CH-53 Super Stallions collided sometime before midnight off the coast of Hawaii. 14th District’s Coast Guard was sent out immediately to look for survivors, however non were found as of 10 a.m. EST.

Two aircraft and two boats were sent out by the Coast Guard, but difficult conditions hindered their efforts. By the cover of night and with strong winds, it was difficult for rescuers to look into the dark waters. They did find debris and an empty life raft but are still deducting whether those were from the crash.

As of this writing, 12 Marines are still missing about 2 miles off the coast of Haleiwa./blockquote>

The two helicopters were part of the Marine Heavy Helicopter Squadron 463, Marine Aircraft Group 24, 1st Marine Wing. Flying during the night, there was a crew of six onboard each helicopter when the incident happened.

We’ll give you more details as the story unfolds.