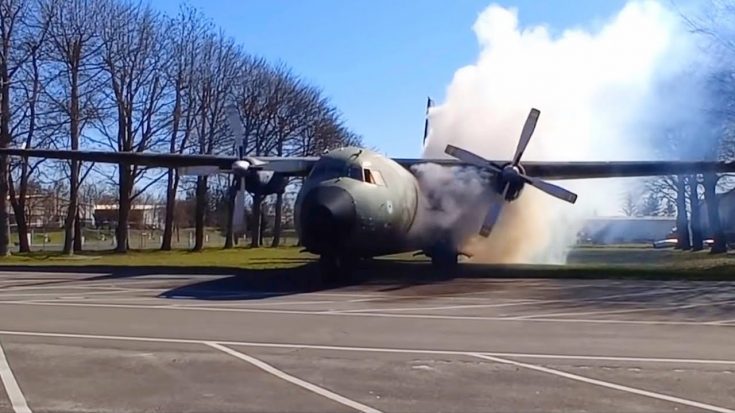 The people at the Technik Museum Speyer breathed life into this C-160 Transall, which was once operated by the Luftwaffe. The aircraft was parked in the museum and spent a lot of years outside in the weather.

Lucky for this plane, the museum decided to re-activate its engines and electronics. Now, the aircraft can be driven around and has the capability to open its ramps and doors via hydraulics.

However, smoke coming out of the engine is usually not a good sign – but apparently, this is normal

According to one commenter, the smoke we see probably came from the preservation oil. The oil has a low viscosity and burns up quite easily.

Nevertheless, it’ll take a tremendous amount of work to make this C-160 fly again. For now, the aircraft is still restricted to ground use only.